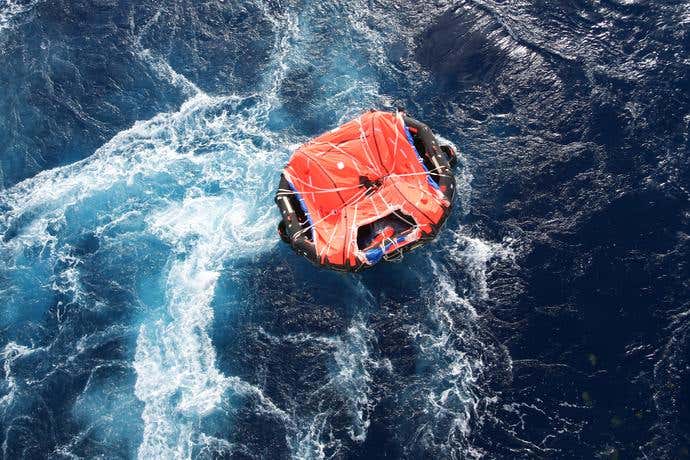 Writing is easy. Writing well is another story entirely and, sometimes, it takes a financial catastrophe to push you there.

When I got into the freelance writing game I was no longer a spring chicken. I was six years down the path of being a software salesman and did a lot more cold calling and browbeating than I did persuasive writing. That being said, I had the latent desire and had occupied some illustrious locations from which talent was known to emerge. My first office was where Scott Adams, a disgruntled AT&T sales engineer, had penned Dilbert some decades before.

I also wasn’t sure that anybody would want to listen to me. Stuck in the fear cycle of not trying because I had never tried, I let it languish as a “one-day” dream. Then fate intervened.

It was the last day of November. I hung up the phone and slouched. My deal wasn’t going to come in. None of them, in fact. I penned the numbers and whistled softly. I was screwed. I looked around the office of bright and cheerful salespeople slugging nerf footballs and my stomach churned - I had never felt so much like an impostor. It was all over. All of this year’s hard work had winnowed down to one reluctant “we’re just not ready."

Was I a failure? How could I know this much and still come in last?

Without another moment’s thought, I opened MS Word and got to writing. The words just spilled forth like a babbling brook that grew into a gibbering flood. I regurgitated everything that I knew about sales so that I wouldn’t have to repeat it, chopped it down into a few articles, and hit “submit” to the editor for our company blog. This wasn’t entirely altruistic.

The week prior, our head of marketing had announced a blog contest, with prizes that amounted to several thousand dollars. I needed that money because my commission check had just evaporated. I needed a win.

To my complete and utter surprise, I not only heard back, but I was paid a visit by the editor. They had edits (as editors do), but they wanted me to write more. Thrilled at the prospect of prize money and embarrassingly flattered that somebody wanted to hear what I had to say, I churned out copy. I loved it. Over the next few months I wrote 20,000 published words and near the end, I was only pretending to do my day job. When my real boss walked by I’d pick up the phone and call a random stranger to avoid whatever talk I presumed must be coming.

This brings us to our first and second lessons about writing effective blogposts. The first is to write about what you know, and I knew a lot about sales. They say that those who cannot do, teach, and I had realized that I was a coach who didn’t belong on the field. My deep expertise in all things marketing, sales, and technology nevertheless infused my writing with genuine insight and made them worth reading.

The second lesson is to seek to educate. I wrote those sales blogs like they were my last will and testament as a salesperson in order to prove to none other than the almighty witness that I knew what I was doing. I was emotionally invested in the way that a remorseful convict is when they want to grab visitors through the bars and shout, “Don’t make my mistakes!” I wanted to educate people on how to sell, and educating people on a minimum of one thing per blogpost makes them shareable.

Time, however, was not on my side. My boss was growing suspicious and I couldn’t go on, so I left the company. But, like Lt. Orr from the novel Catch 22, I had been preparing for this day.

Orr is my favorite character because for those who don’t recall, he was the WWII pilot who got shot down on every single mission. Each time he’d be rescued in a life raft, furiously testing all of the survival gear, trying to catch fish and learning the star charts. Then one time, he was shot down and vanished. He had been preparing all this time for his escape from the service.

Like a phoenix from the ashes I left the sales job and burst into flames writing. The work ethic that I had developed under siege carried me as I quickly located clients - clients who discovered me through my writing on the blog. It was like I had spent all of this time nervously pumping up what I thought was a life raft and it ended up being a turbo-charged zeppelin.

This is of course leads us to the final lesson of writing great blogs: know why you are writing, which I finally did. A great deal of blog writing out there is prescribed and forgettable because it’s written for no other reason than that the company thinks something should be written. This sort of copy is like a whimper in a hurricane. The type of writing that actually evokes emotion comes from people who are writing for a reason - they deeply desire to educate, to compel, and to be heard. Those people ensnare their readers’ attention, and it’s this passion that you must harness in writing for your blog.

Where am I now? I am finally over coming up with creative titles for myself and I’ve accepted what I am: I’m a freelance writer. No, there’s no novel on the way but I did recently sew elbow patches onto my favorite sweater, so there’s that. Freelancing has become my passion and purpose and it has lifted me from corporate life to do what I love every day, all day. That’s the power of freelancing.

Writing is easy. Writing well is another story entirely. The difference between the two is knowing why you write.

Understanding the cause of stress makes it easier to manage. Let's dive into why freelancers experience stress on the job and how they can handle it.

Check out the latest list of time trackers for freelancers and select one to meet your needs the best.

Cyberbullying is becoming an increasing problem for web writers. Let’s look at some of the signs of cyberbullying, and how you can protect yourself.

The Most Reliable Apps Every Freelance Writer Should Have