Michael D’Antonio, an author and screenwriter from Long Island, New York was working on his latest manuscript - a book about the presidency of Barack Obama - when he hit a snag. He needed 20 charts redrawn for the book. Rather than looking locally, Michael turned to Freelancer.com to find the perfect person for the job.

Michael’s new book, ‘A Consequential President, The Legacy of Barack Obama’, recounts the triumphs and trials of the US president. As part of the book, he wanted to include around 20 different charts and needed these in illustration form with a resolution of at least 300 DPI.

“I had about 20 charts, basic graphs in low format resolution. I needed them redrawn,” he explained.

Although it was a simple task, Michael was keen that the job should be done professionally, so he went in search of someone with specialized skills. “I wanted an experienced and reliable designer,” he said.

He appreciated the global reach of Freelancer.com, and its ability to give him access to skilled designers all over the world.

Michael found an experienced designer, top-rated freelancer Adeel Hanif, to help him with this task. The author was impressed by Adeel’s manner of working, and the results he produced for twice less money he would have paid locally.

“It's hard to get what you want, when you aren't sure what it is. I needed higher quality graphics to supply to my publisher for a book, but I wasn't sure how to describe the work I needed done! I posted a request for someone to ‘alter images’ and selected a top-rated freelancer. He patiently worked through a sample graphic, using the original data I sent. He then waited as I played ‘middle man’ asking the publisher if the work was ‘just right’. After lots of back-and-forth, ‘too cold, too hot’, we discovered the precise specs and my freelancer went to work.”

“My freelancer exceeded my expectations,” Michael said following the completion of the project. The process required frequent communication with the designer, author, and the publisher of the book.

When the exact specifications were established, Adeel was able to get to work on the graphics. When he had finished, Michael presented them to the publisher only to be told that they needed to be in grayscale rather than colored. He was immensely grateful for the designer’s gracious response.

“‘No problem’, came the word from my helper at Freelancer.com,” Michael said, “In short order, the graphics were completed. The editor and publisher loved Adeel's work and how quickly it was executed, especially since they have a long lead time for printing.”

Pleased with the results and his experience using Freelancer, Michael aims to release his new book when Barack Obama leaves the office. ‘A Consequential President, The Legacy of Barack Obama’ will be published in January 2017 by St. Martin's/Macmillan.

Michael has authored a dozen books and received numerous awards for his literature. His books and articles had gained countless reviews worldwide. He has worked as a freelancer for over 25 years, and was once a journalist writing for esteemed publications such as The New York Times Magazine and Esquire. 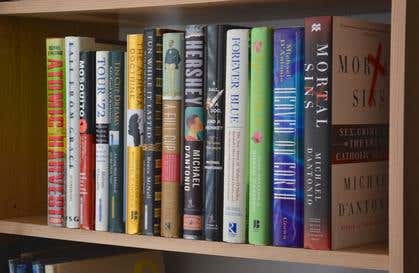 More recently, Michael has been working on several political writing ventures, including ‘The Truth About Trump’, an international project about the US presidential candidate Donald Trump. The book is now available in 15 countries worldwide.

Disruptions in financial services are nothing new, but the rate at which modern technological advancements are changing the landscape is unprecedented

This article will examine some strategies and tools that freelancers can utilize to make themselves stand out from the crowd.

6 Reasons Why Your Business Needs a Digital Makeover