Almost every product out there is coming to get us. From energy drinks to fabric softeners, every ad leads to a compelling invite to purchase. However, a lot of people don’t develop an affinity to a certain brand with regular advertising. It is much more important for a product to capitalize on forging a connection between itself and its target audiences.

One "sweet spot" that marketers rarely utilize is to play the situation. Playing with a given situation is a unique way of promoting a product. It also serves as a realistic take on a brand’s attempt at telling a story about life with itself as an object of interest – and the results are usually videos that showcase the effort. When done the right way, these are the efforts that go viral in an instant. 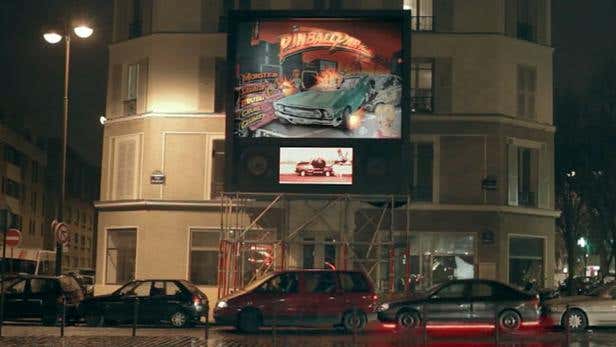 Take for example Ford’s Pinball campaign in France. The video starts with an idea that the French are extremely bad at parking. What the ad agency did was to create a gigantic pinball-like display between a tight parking spot. People who try to parallel park their cars there hit the parked cars, which then made pinball sounds. With every hit, the person parking the car gets points. At the end of the day, the person with the worst parking job was awarded an extra ball. Then they introduced the product; a brand new Ford model that had an auto-park feature. The guy who had the worst parking job tried the new feature out and was able to park in the narrow spot without a single hit.

Another noteworthy example was a campaign done by Coke in China. The situation in China was that people had a difficult time finding love to a point that there are designated areas in the city where one can leave his or her photo, contact information, and other details in hopes that someone would reply. So how does Coke capitalize on this situation? By setting up a blind date event? No. All it took was a good idea, some hidden cameras, and a wrench.

Coke purposely tightened the bottles in a vending machine in a romantic park in the city. The women who buy from the vending machine wouldn’t be able to open them, so they’d ask for the nearest guy for help. The video taken from hidden cameras showed several women asking guys for help. Some simply opened the bottles while others started conversations. The video ends with a message that says “We don’t know if any of them got together. But for those who did, we know how it started.”'

Some brands expend lots and lots of money to promote a product. They create a circus of ideas packed into one execution hoping that it would attract attention. This usually entails a 360̊ campaign involving commercials, on ground events, public relations, below-the-line advertising, and events. But all these put together are too expensive to waste gambling on an idea that theoretically might work.

There’s nothing wrong about launching massive campaigns so long as there’s a budget ready to cover everything. But when the money’s tight and clients are looking for a cost-effective idea to create buzz for their product, a good situational analysis can give them the spark they need to wow the world. It’s not a question of if we can do that, but rather, how.

From highly creative ideas to executions that tug on heartstrings, it takes a very small amount of time to make audiences change their opinion on a brand. And what usually works is creating an experience that results into an intangible, yet wonderful feeling for both the live audiences that are part of the campaign, or the people watching the video of how a brand pulled off something one of a kind, something worth sharing, and something that reminds them that great ideas can come from something so simple.

Taking a step into the wondrous and complex land of cell marketing for the very first time may feel a tad bit intimidating. Still, by maintaining the

Getting started as a real estate agent can feel daunting. How do you win your first client when you have zero experience?

How content can help you attract more customers in the dating niche.