Kim Dotcom (born Kim Schmitz), is a German-Finnish Internet entrepreneur who is most known for founding Megaupload, a cloud storage site. He was born an innovative entrepreneur, launching several lucrative money-making ventures early in his career. 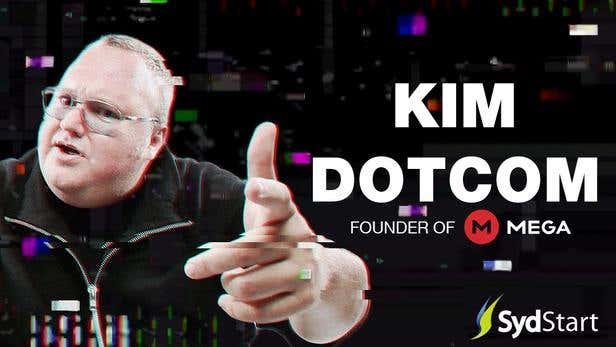 During the Internet bubble in 2000, he established Data Protect, a security company that was picked up by Lufthansa Airlines, to whom he raised vulnerability to security breaches. Data Protect was sold to TÜV Rhineland in the same year.

In 2001, he saw potential in LetsBuyIt.com, a company that was nearly bankrupt. He invested €50m in the company, surging its stock price. Kim cashed out with a profit of €1.5 million.

Later in 2005, he changed Data Protect’s name to Megaupload, and started the famed file-hosting website, which earned approximately $115,000 a day and $175 million in just a few years.

Megaupload’s useful features for file-hosting attracted thousands of individuals and corporations, utilizing the site for personal and business use. However, the site faced some issues on copyright, causing it to shut down in 2012.

Exactly a year after the shutdown, Kim relaunched Megaupload as Mega.co.nz. Upon the first 14 hours, the site gained over a million visitors and half a million registered users.

Today, the techpreneur’s latest venture is MegaNet, a decentralized file hosting network that ensures total privacy of cloud storage to protect users’ rights. Set to launch in January 2016, he claims that it is bigger, better, faster, stronger, and safer than his prior, infamous project. He further stresses that MegaNet is designed to overcome issues on privacy, security, and copyright, ensuring that everyone enjoys complete Internet freedom.

Internet libertarians will surely embrace the fact that the MegaNet upholds an Advanced Encryption Standard algorithm, allowing users to control the level of access to their files. Moreover, users are given a second decryption key, which is only available to them, and not MegaNet.

Get a chance to hear what this high-profile Internet entrepreneur has to say at Australia's largest startup conference, SydStart 2015! Secure your spot today.

Freelancers and employers can now work together on location-specific jobs!

Sharing the best experiences of our customers with the Support team. Share yours and receive a gift from us.

How to Become a Better Freelancer