Matt Barrie is an award-winning entrepreneur, technologist, and lecturer, having won numerous awards including being named the inaugural BRW Entrepreneur of the Year in 2011. Matt was previously founder and CEO of Sensory Networks Inc., a vendor of high performance network security processors, which Intel Corporation announced acquired in 2013. 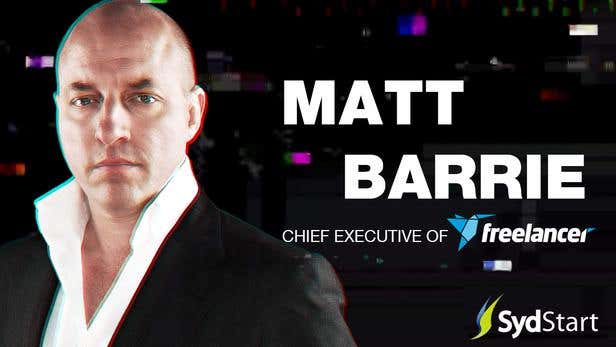 In 2006, he was awarded the State Pearcey Award for contribution to the IT&T industry. In 2010, he was named Alumnus of the Year for the Faculty of Engineering and IT at the University of Sydney.

Matt is a prolific speaker and has either spoken at or been featured in the Summit Series, the New York Times, Bloomberg TV, The Wall Street Journal, TechCrunch, The Atlantic, Switzer, BRW and The Economist. He is regularly invited to speak at the world’s leading entrepreneurship, internet and business conferences/forums. He is also one of the worldwide Linkedin Influencers, along with Richard Branson, Barack Obama and Deepak Chopra, where he writes about entrepreneurship and technology.

If your reader can’t understand the words you use to explain what you have on your mind, there is no way they could understand your idea nevertheless.

How coworking system becomes the key to freelancers success. Discussing about peaceful environment, no distraction and more.