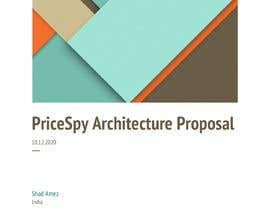 Please read these requirements carefully. Incomplete entries, or entries missing the point, will be rejected.

The contest is about suggesting the right technology stack, including tools, language, libraries etc., for the following.

I want to create and run a web site, visually and functionally rather similar to pricespy.co.uk, however in an entirely different field. Information and pictures on physical objects will be presented to the user, depending on the user's selection among a number of filters, much like the filter pane on the left hand side of the attached picture. It needs to be quick and responsive. The total amount of information to be selected from is rather limited, so it is not an enormous database that will be created.

I want to use AWS as much as possible. Preferably components that are native to AWS or are known to run well on AWS and integrate well with other parts of AWS.

I am open to suggestions on open source components as well as commercial components, as long as they are not too expensive. Choosing ready-made libraries, templates or similar (rather than developing everything from scratch) is encouraged.

A viable contest entry is a list of the different chosen components, tools, libraries etc. in the suggested stack, together with a short written description on each of them why it is used and what the major benefits are from using that specific component (i.e., the benefits of using such a component, and the benefit of using the chose one instead of other similar components). The list (or table) should also clearly indicate for each of the chosen components/tools what category it belongs to (database, frontend framework, message broker or whatever).

If you have multiple suggestions on which tool to use in a certain category, you can include them both/all, with clearly stated pros and cons for each of them.

Describing the suggested framework in a clear, concise and easily understandable way is important when the selecting the winner, in addition to the actual content.

Do not hesitate to ask for clarifications.