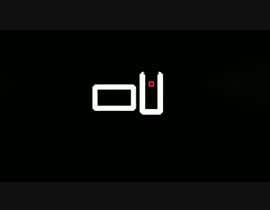 ! Important Notifications :
- Instant reject for trying to copy other ideas
- Don't use templates from the internet, you are wasting your time
- May the most creative designer win! Good luck !
- You can make it 2D/3D , only sky is the limit!

! UPDATES
- Try to watch this video for inspiration : https://www.youtube.com/watch?v=m-osco-Xuqs
! UPDATES V2.0
- Because of the different comments and entries I have come with some conclusions:
1. This logo is of type "creative letters" made with the DevilsCode initials but it does not show the activity of the company.
2. We will remove the aggresivity type of the animation and we will only stick with creativity.
3. We will increase the prize amount of money, but we will also increase the requirements regarding the animation. For the moment, on every entry, we would like to receive a comment with the amount of money that you want for your creation.
4. We would like to use the intro idea from : https://www.youtube.com/watch?v=m-osco-Xuqs (1:20 - 1:29), in which they start with different objects that describes the activity. For our case, we would like to use objects to describe our activities: mobile apps&games, pc games, console games (nintendo, PS, Xbox etc ), VR GAMES. You can use any image from freepik or you can request any image from them because I have licenses.
5. This idea is the same, but with 3D elements. You can either use 2D or 3D elements, on your choice : https://elements.envato.com/gaming-logo-reveal-F5A9EED.
6. By using this kind of animation, people will understand what is the activity of the company.
7. We would like to have for example : An animated phone with proper text below ( Mobile games & apps ), then a transition to let's say VR Glasses and a proper text below ( VR Games ), console games and pc games, then the final logo will appear, made with the elements from the last object.
8. Please provide the object files ( mobile mock-up, vr glasses etc) in a separate file and mention the source location so we can have the licenses.
9. This new intro will also be used on the website that we are currently working on and on the Facebook Cover. It will be edited by us with other elements after the intro.
10. Don't forget to mention your price so we can increase the overall amount. I know this is harder. If requested, we will make a new contest with sealed upgrade.
11. Another very important mention : The animation must be focused on the middle screen, such that we can use it on mobiles in landscape/ portrait mode.
12. It is better if the animation can be looped and used also as a Watermark!


I have the logo in Illustrator.
I need an intro for my logo that will be used for the following:
- Mobile applications intro
- 4K Youtube Intro
- 4K PC Games Intros
- Facebook Cover
- Website

I would like to receive the source files for the following:
- complete After Effects Project
- sound folder

Requirements of the intro :
- I need transparent background for this logo
- Good Sound FX for the Intro
- The length depends - 4/5 seconds max, then leave the logo in the middle of the screen
- The Company is based on making apps / games for PC , Mobile, Consoles , VR, AR etc if it is helping you

Font used : Vermin Verille
The original V from DevilsCode was a bit lower than the rest of the text, so I put him upper.

“I was very surprised of his entry. He is very passionate about his work and this is why everything comes out perfectly. A very small modification was required which he solved very quickly. We will work in the future also!”